The history of automobile emphasizes on luxury, comfort, and aesthetics over performance, power, speed and safety. This is true for its original necessity – transportation and conveyance. However, if we consider buying a car with more horsepower that is safe for everyday use and gives more mileage – gasoline-powered cars are the best choice – both for highways and racetracks.

The theory is not merely a wild speculation or desktop projection, it’s a real world simulation. The UC Davis has recently launched the “EV Project” that allowed the car-users to simulate their commute in an EV (Electric Vehicle) compared to a gas-powered vehicle. The project found that, a 50-mile round-trip commute could save an electric 2014 Chevrolet Volt owner about $1,000 of annual fuel costs compared to driving a gasoline-based 2014 Ford Focus. However, pure electric cars are more expensive than their gas-based counterparts. For instance, a 2018 Ford Focus costs less than $18,000, while the 2018 Chevrolet Volt will set consumers back more than $34,000 and the all-electric Chevrolet Bolt will take more than $38,000. Solving the equation in this hypothetical scenario, it would take the Chevy owner more than 17 years to recoup the extra costs of buying an Electric. In other words, EVs are not suitable for the users who plan to hold on to the vehicle for a long period of time. EVs also cost more upfront than gas-based cars. They need supporting charging infrastructure, plug-in accessibility and specialized maintenance workshops, which are not adequate yet to meet the rising consumer demand.

The added concern is spiced up when it comes to mileage and range. With a single charge, most of the elite EVs like Tesla Model X, Model S, Model 3, Chevrolet Bolt, and 2018 Nissan Leaf can run only 225 miles on an average in an ideal scenario. This number can get as low as 170 on cold or hot days with heater or AC running full blast. Hybrids and gas-based cars are better options in this case. To get full potential of the Hybrids, some auto buyers opt for the Plug-in Hybrids (PHEV). A 2018 Chevrolet Volt, for instance, has 53 miles of electric range, and a conventional gas tank for longer trips up to 420 miles.

It is true that EVs are environment friendly but they are not necessarily clean as the electricity is generated somehow. It is comparable to using the same fossil fuel – only cleaner. The EVs run on lithium-ion battery, which needs to be mined from the ground. Chemically, lithium is a corrosive alkali metal which disposes hazardous gaseous derivatives when it comes in contact with moisture, resulting in increased environment pollution. In application, this may cause the EVs to emit hazardous gases or even catch fire if they are stored in a cold weather or are not properly maintained. The current electric infrastructure of such technology does not provide provision for reusing the batteries or recalibrating the disposal costs. Fuel-based cars can be easily rebuilt, their engines swapped and fuels filtered; but not so currently with an Electric.

The technology of the “Future Transportations” is still young and expensive than their gas-based cousins. The EVs may be easier to charge, but they cost more in the medium-long run. Even the most advanced EV batteries wear out eventually and need frequent replacement. For such replacement, Tesla Model 3 battery pack costs $190 per kWh and Chevy Bolt battery pack $205 per kWh. The charging stations are another link to the EV sustenance. In a euphoric state, consumers can skip the gas stations and ‘fill-up’ their EV either from a charging station on their way to work or through an added solar array sitting in their home. In reality, while gas stations can be found every 1 mile on a regular highway, EV battery charging stations may not be found that often. People living in apartments or condos may find it difficult to get the charging plug-ins. At a high cost, the plug-ins are now available only in the most advanced countries, such as the US and Western Europe. Not to mention, this becomes a deal breaker for many new buyers and gives headache to auto owners in the developing countries.

The perennial debate gains much traction over automobile safety issue. In theory, EVs are less combustible than gas cars. However, once caught on flame, EVs are hard to put out. In October 2017, a Tesla Model S caught fire after it crashed into a concrete barrier on Ahlberg Expressway in Austria. The incident took 35 firefighters to extinguish the blaze. Recently, on March 23, 2018, a Tesla Model X rammed headfirst into an unshielded median on Highway 101 in California and caught on fire. The blaze shut the highway for 5 hours which became a nightmare for the firefighters to put out. The EV motors are not responsible for such disastrous accidents. The potent villains are the lithium-ion batteries that can fuel hotter fires and release intense heat and are harder to extinguish. The battery fires further generate a range of toxic fumes, smoke and gas that pose greater danger for daily commute and the environment. At present, only a handful personnel from the EV makers have the expertise in tackling such electrical emissions and hazards. The state firefighters and general commuters are not always aware of this ‘technological knowhow’ as the EVs do not come with a detailed manual of ‘101 of Putting Out your EV Fire’!

The recent crashes are bringing back the debate on whether EVs are safer than diesel and gasoline-powered vehicles when it comes to safety. In black and white, the Tesla Model X may have a perfect score for crash test safety rating. But hands-on experiences and records always prove stronger than rainbow promises and white-washed lab results. With technological breakthrough EVs may be the harbinger of transportation revolution in the coming decades. Battery packs replacement cost may drop to as little as $73 per kWh after 2030 and the current range anxiety may become a thing of past. The Hybrids and EVs may offer greater options and more convenience to the demanding consumer end and new commercial setup. But at this stage, if we consider road safety for tension-free travel, it is easier to bet on the ‘combustion’ engines over the battery run motors.

Advantages of Driving a Hybrid Car 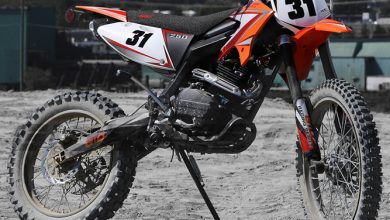 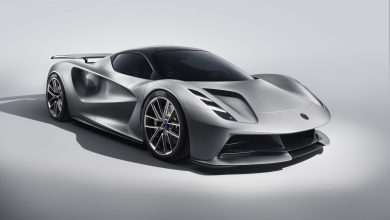 The King of All Electric Vehicles Made Its Debut 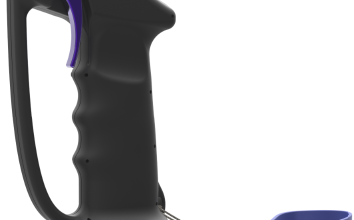 How to Build an Waterproof Efoil Remote Control