International’s First Truck – Over the next several years the company continued to make tractors, trucks and other agricultural gear. In 1907 they produced what was called an “auto wagon,” which was a motor truck with an air-cooled engine, high wheels and two cylinders, thus giving farmers a truck to use for moving around their gear and supplies. This truck is what first put International into the truck building business.

In actuality, the name International wasn’t being used by itself until 1914, so these were International Harvester auto wagon vehicles. In fact, they were not even considered motor trucks until 1910 either, but were considered auto buggies. In their first year, the company made 73 of them, which was about seven percent of the entire trucking industry in the U.S. in 1907. The next year in 1908 that pittance skyrocketed to 725, which increased to nearly 2,500 in 1909.

International’s Trucks joined the transportation industry By 1915, the company began to make even more new truck products, coming out with a low-wheeled vehicle that had more power and more speed than ever before. The following year, one of these little trucks was the first truck to climb Pike’s Peak.

World War I and the World of Trucking

The Army needed lots of trucks during World War I and this caused the trucking business to double from 92,000 vehicles in 1916 to more than 227,000 in 1918. About 49,000 of these trucks ended up overseas for use during the war. After the war, the leftover trucks were sold off and shipping things by truck began to get more popular.

After World War I

By 1921 International Harvester made motor trucks in a plant in Springfield, Ohio, where it produced the first trucks known to have pneumatic tires and could go at a higher speed, making them work well on the newer roads that were becoming more prevalent by the 1920s. These and other trucks International made helped their production grow from only 7,183 trucks in 1920 to more than 39,000 in 1928 and more than 10,000 more the following year.

During the 1920s International was the brand of truck that first crossed the Sahara Desert when a British soldier, hunter and explorer named Sir Charles Markham, and Baron Bror Frederick von Blixen-Finecke used an International in that endeavor.

In 1923 International Trucks opened another plant up in Fort Wayne, Ind. and in 1925 the company had the first armored truck when it built them special to protect payrolls for the Brinks Express Company.

International Trucks: Built from the ground up International trucks were different, as they were built from the ground up to adapt them to the job, which was unlike most trucks in the era that were mass produced. The engineers who built them would go to find out the exact use for the truck and then built it accordingly. In 1938 they made the first trucks with a Metro body through a contract with Metropolitan Body Company in Connecticut, and by 1939 International was making engines for trucks at yet another plant in Indianapolis, Indiana.

During the 1930s and 40s, International produced their C, D and K line of trucks. These were sizes from a high ton pickup style of truck, up to huge six-wheeled trucks that were heavy weight and could perform off road. By then, the company was producing more than 86,000 trucks a year.

International Trucks Role in World War II – World War II brought a request by the federal government for International to build all wheel drive trucks for the military. So, between 1941 and 1943, the only trucks International made were military trucks. These included trucks such as half-tracks, armored, gun mounted trucks and more.

In 1944, the company formed their motor truck division to take care of the ever increasing amount of truck products and activities it was starting to handle and by 1947 International trucks was back into making trucks for the civilian market and had made several new innovative changes in the trucking world.

By 1946 International had opened a new plant in Emeryville, Calif. It made special made heavy weight trucks called a Western type of truck. They had the capacity to haul as much as 90,000 pounds over rugged mountainous terrain. They were very popular at the time. As before, these were specialized, not mass-produced and each model had a specific job to do.

International Trucks was famous for putting its trucks through tough tests to be sure that they could perform in rough areas and in harsh conditions and it continues to test its trucks for high performance today.

Trucks continued to get more popular and the call for even more and faster vehicles and International met the demand when it made a record 165,600 trucks in 1948 and even more the following year when its L model came out.

This L model was a total redesign for International and it spent a whopping $30 million to revamp the plants to produce it in Fort Wayne, Springfield and Indianapolis. The L trucks were four wheelers that ranged in gross vehicle weight from 4,200 to 30,000 pounds, as well as six wheelers weighing up to 50,000 pounds gross vehicle weight, and cab-forward trucks that could handle more than 14,000 pounds. It had one of the most totally complete lines of trucks in the world at this time.

In 1952, International again rocked the trucking industry with the development of factory-installed liquefied-petroleum-gas-powered engines or LPG. These engines gave truckers more efficiency and at a lower cost.

Over the next few years other improvements were made and diesel also became popular in engines. Trucks also continued to get more powerful and International put out their S line of lighter, as well as both medium and heavy weight trucks.

Throughout the 50s International added things like automatic transmission, power brakes, and power steering to the trucks it produced. By the end of the decade International was listed as having 498 different kinds of trucks. That year the company made a record $749 million in sales and broke that record in 1960 with $766 million in sales. This meant International had an incredible 45 percent of the trucking market.

The 1960s brought a three person passenger truck to International called the Scout. It had a removable top, a pickup body, and an International Harvester engine with two or four wheel drive available.

During the 1980s International had issues with money, strikes and other problems and sold off everything except its trucking and engine division, which was renamed Navistar International Corporation, which is it called today. The new company had the first hybrid diesel/electric truck in 2007 and now had dealers all over the world.

Navistar is also one of the main suppliers of U.S. MRAP armored vehicles, as well as the maker of the biggest truck that can be bought in today’s market-a giant tractor trailer weighing more than 127,000 pounds. They also make the MaxxForce brand of diesel engines, as well the Workhorse brand of chassis for vans and motor homes and the IC Bus brand school buses and commercial buses.

Navistar earns nearly 10 billion dollars a year in revenue and has dealers in the U.S., Canada, Mexico, Brazil and several other outlets in 90 countries.

Mountain Bikes - Which Type Is Best for You? 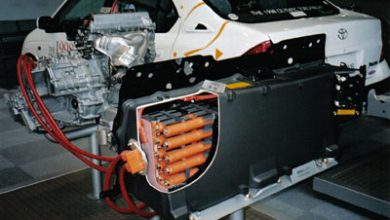 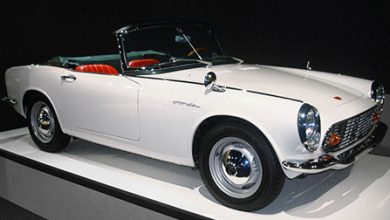 What is the History Behind Honda Cars? 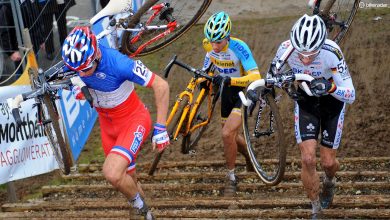 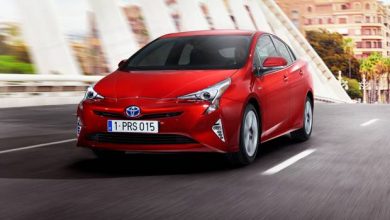