It has been every oil dependent countries’ dream that one day; they will rely less on oil imports and become self-sufficient for their energy needs. Such visions are unlikely to become a reality if alternative energy remains unattainable as a result of the continued low oil prices brought about by the on-going financial crisis of the world’s economy.

The United States has the biggest concentration of trucks, SUV and other large gas-guzzler on our roads than any countries on earth. The recent fall in gasoline prices at the pump is becoming an early Christmas present for thousands of car and truck drivers that will be hitting the road for family reunion during the festive season. While the consumers are in celebration mode, advocates for green energy, fuel economy cars and alternative energy are definitely in somber mood. For as long as prices at the pump remains low, there will be less concerted effort in pursuing fuel efficient technology. However, no one seriously doubts that the price of gas will remain low for a long time. When the economies of the world recover, demand for oil will increase again and at the same time, this will harm the environment.

On the other hand, higher energy prices may hamper economic growth but also create awareness for alternative and environmental friendly energy solution. Once we discovered the balance between the two, alternative energy can lead the way as a new engine of growth that can propel the world’s economy forward.   The development of green cars by major automotive companies such a Toyota Prius is a good example of energy efficient engineering. Other auto companies such as Mercedes and Honda are going into the fuel cells technology.

As early as May 2003, Mercedes parent company, Daimler-Benz has deployed fuel cell technology on trial basis under the hood of various type of vehicles in Japan, USA, Europe, China and USA. Up until today, the vehicles tested have successfully covered several hundred thousand miles. Refueling of fuel cells cars with hydrogen means it is necessary to incorporate such fueling facility at gasoline pump of the future. The refueling system however, is very similar to the conventional gasoline nozzle.   Testing of fuel cell vehicle by Daimler-Benz will continue into 2010 and with the current fuel cell technology the company is testing, it can travel comparable distance similarly covered by existing gasoline engines technology.

This makes fuel cell an attractive alternative but will require building of fuelling facilities in multiple parts of the country and not to mention the cost for such facility and storage for hydrogen General Motors has plans in place for the introduction of plug-in hybrids called Volt in the year 2010 and so has Toyota with a version of the Prius. With the current technology, the design for plug-in electric car can only cater for short distance journey. As in the case of GM Volt, it uses a combination of plug-in for charging and re-charging of the on-board Lithium Ion batteries and when the batteries is depleted while the car is running, the system will switch to an internal gasoline engine that runs the car and re-charge the batteries at the same time. Cars relying solely on Plug-in using battery as storage medium has zero emission but remained impractical when compared with the existing hybrid car technology. If all the cars on the road are plug-in electric cars, the set back in such technology is the high demand for electricity. Our electricity infrastructure grid will require major overhaul and will still not have the capacity to generate sufficient energy to satisfy demands from all the consumers whether for plug-in cars or industrial or household use combined. Other obstacle includes the questionable source of energy coming from the power station. Unless further reduction or total elimination of fossil fuel by replacing it with nuclear, wind or solar energy, zero emission may be coming from the tailpipe but the emission problem will never really be resolved. Nevertheless, it is still a practical alternative fuel technology that can be implemented for short distance travel or as long as there are sufficient plug-in points supplying electricity for cars across the country.

The current Hybrid technology employed by Toyota Prius is by far the most successful vehicle that can cover the distance and enhance fuel efficiency using the existing internal combustion engine as well electricity stored in rechargeable batteries. It has so far avoided the need to recharge the batteries through plug-in. The engine running on gasoline is used to recharge the batteries. The hybrid system of the Prius also enables switching between gas and electric motor for optimum fuel efficiency.   With all the existing hybrids on the road and other alternative fuel technology in the works, it remain to be seen the popularity of such cars when they are mass produced for the consumer market.

The initial high cost of such vehicle due to the usual high entry cost of new technology and the lack of economies of scale may discourage would be buyer. The best bet for now is to stick with the existing hybrid cars available in the market. Since Toyota Prius was introduced into the market in 1997, it has since exceeded 1.5 million units worldwide. It was introduced into the European and North American market in year 2000 as the world first mass produced hybrid technology car. 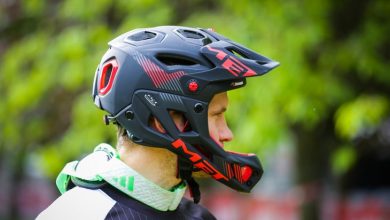