Canadian Billionaires – Who are the Richest People in Canada?‘

Almost all annual listings of the world’s richest people mention the same names year after year. On the top of these lists you will find Bill Gates and Warren Buffet. Although the lists are generally accurate, you will often observe an American-centric pattern, wherein entrepreneurial skills and wealth of the country’s northern neighbor are often overlooked. Canada has its share of top richest people and even if recession has affected the Billionaire Balance Sheets of 2008 to 2009, the top richest people in the world have $2 trillion in asset valuation. Forbes, the trusted magazine all around the globe when it comes to entrepreneurial stories and news, came up with the list of 10 richest Canadians for 2009. The list includes a brief background on how these top 10 richest Canadians became very wealthy and successful. All figures below are in US dollars, unless otherwise stated.

David Thomson is the reputed grandson of Roy Thomson who is the founder of the Thomson Corporation. The company started out as a book publishing enterprise. Today, it continues to be one of the premier textbook providers for higher education in the world. The company grew even more as it got involved in information technology and electronic media. It dominates the healthcare, science, financial services, and the law sectors. It acquired Reuters News last 2007 and is currently known as the Thomson Reuters.

This family owns a couple of giant retail establishments in the UK and Canada, which include Loblaws, Selfridges, and the Holt Renfrew. Galen Weston is the descendant of George Weston, who founded the George Weston Bakeries Ltd. as a food business. Weston’s Loblaws is the largest retailer in Canada, with net sales amounting to more than $30 billion Canadian dollars in 2008.

The Irving brothers are the sons of the Canadian oil king billionaire K.C. Irving, who passed away in 1992. The three brothers took over the family’s natural resource holdings and divided these based on their personal responsibilities and expertise. Arthur Irving manages the Irving Oil and its various retail sites in Canada, plus transportation and refineries. Jack Irving, on the other hand, handles the engineering, steel fabricating, and construction entities of the company. James Irving is the one handling the parent company, which focuses on forestry, shipbuilding, and other types of transportation.

Paul started out as the manager of their family business, the Desmarais’s bus service. He began to acquire other lines and created a holding enterprise that eventually branched out to other fields such as life insurance and publishing. He always made sure to personally oversee the financial aspect of his businesses. As of today, Paul’s Power Corporation of Canada owns large interests in financial and media services in Europe and North America. These include interest in the French oil company, Total.

Laliberte is among the few figures on this list of rich Canadians who did not get wealthy by inheritance or some other forms of existing family enterprise. When Guy was younger, he was actually a poor street performer. He eventually came up with some circus-type productions that included contracts with numerous US and Canadian municipalities to conduct street shows. This was how the Cirque du Soleil empire started. Guy’s company now has regular shows in a number of casinos in Las Vegas, and he also conducts shows around the world. His shows are altered and customized yearly, and they are booked years in advance by both loyal and new clients.

Bernard Sherman has a PhD in astrophysics from MIT. However, his current position as founder of Apotex Inc., a reputed generic drugs manufacturer, is a result of his experience from working for a relative at Empire Laboratories, a pharmaceutical company that he acquired later. Barry saw the growth potential of generic drugs in the worldwide market. Since then, Apotex is known as one of the leading generic drug manufacturers in the world.

David Azrieli was a holocaust survivor from Israel. He migrated to Canada in 1954, and used his degree in architecture to start a small construction company in Montreal. David’s company, Canpro Investments, continuously built and constructed numerous office buildings, shopping malls, as well as high-rise residences throughout Canada, US, and even in Israel. The Azrieli Center in Tel Aviv, Israel is known as the biggest real estate project in the entire Middle East.

Robert Miller is seen by many as reclusive, but the company he built in 1968, Future Electronic, is far from withdrawn or isolated. In fact Miller’s company is one of the biggest and most widely known private corporations in Quebec. Future Electronics sells electronic components such as LEDs and circuit boards. It has over 170 locations in more than 40 countries worldwide. Miller’s company is ranked as the fourth largest electronics distributor in the world, with annual sales of up to $4.5 billion Canadian dollars.

Jim Pattison Group is a Vancouver-based corporation and among Canada’s largest companies in private management. Jim Pattison started out as an automobile dealer. He used the profits from this business to get into other businesses in different industries. These companies are television and radio stations, advertising and other media companies, warehouse facility management corporations, food distributors, as well as the Ripley’s “Believe It Or Not” attractions.

If you have been eating French fries in America or Europe for the last 20 years, there is a good chance that these were cut and processed in McCain’s processing plants. Ever since the establishment of McCain Foods Ltd. in 1956, Wallace has acquired facilities throughout Argentina, Canada, Australia, France, and various US states. The company later on expanded into pizza, orange juice, as well as frozen vegetables as McCain diligently saw the high demand for frozen food.

So what do these 10 richest Canadians have in common? The richest people in Canada either inherited or started their own businesses. You can find Canadian businesses for sale at GlobalBX.com – a free business for sale site for all entrepreneurs.

The Five Most Common Types Of Bikes 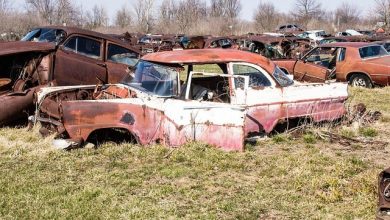 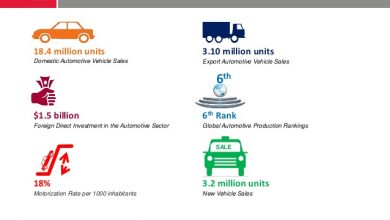 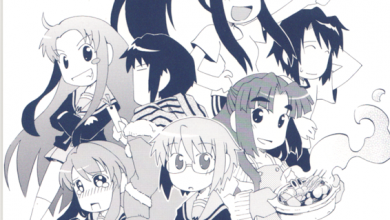